New film on cheating and plagiarism

Hello there, Lars Ericsson, director of studies at the Department of Civil and Industrial Engineering, and Mojgan Seraji, former faculty programme coordinator, who have produced a film about cheating and plagiarism aimed at students.

How did your department in particular come to take the initiative in making this film? 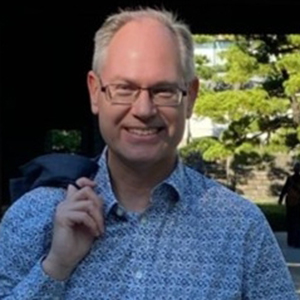 Lars: “Teachers have always reported suspicions of plagiarism on the part of students; that’s nothing new. But the scope has increased somewhat during the pandemic as more exams were taken digitally, increasing opportunities to plagiarise. We have also fairly recently undergone reorganisation and started a new department, whereas previously we were part of the enormous Department of Engineering Sciences, which made for an uncertain division of responsibility. We are now getting to grips with some issues that, while the have certainly been long-standing problems, are now being made more apparent now we are a smaller, more compact department.”

What problems with regard to cheating and plagiarism have become more conspicuous?

Lars: “It has become apparent that suspicions of plagiarism can be divided into two distinct groups. One group of students who, when confronted with the suspicion of plagiarised, acknowledge the fact, and then a group – actually a larger group – who do not accept that they are guilty of plagiarism. They claim that they are simply doing as they were taught during their bachelor’s programme. These are mainly master’s students in our international master’s programmes. They come from all kinds of countries where they have read their bachelor’s studies. But, of course, we are well aware that they arrive with varying preconditions, so we have a course component at the start of the programme during which we go through everything they need to know, such as how to deal with texts and references and citations in order to avoid plagiarism.

But this obviously isn’t really making an impression on students. Admittedly, this may have something to do with the fact that they are inundated with information on arrival, so some things simply don’t stick. However, students don’t seem to understand our point; they say that during the bachelor’s programme in their homeland, they were never required to refer to sources in the manner that we deem correct.

So, to ensure that the information is uniform and provided in a controlled manner on every course, we decided to standardise information on the rules that apply to cheating and plagiarism.”

So, why did you choose to use the medium of film? 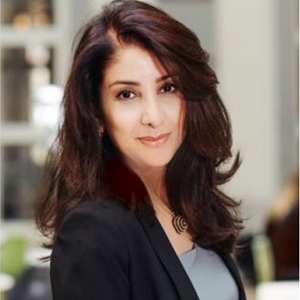 Mojgan: “We are following the social trend by investing in visual material. Young people today are more likely to follow visual media, which are easier than reading a text. That’s why we thought it would be a good idea to make a film. Personally, I’m very visual and I learn much better when I watch a film. When I suggested the idea to Lars, he thought it was a great idea, as did our head of department, Håkan Kullvén. Later, it struck us that it would be of interest to make the film available to everyone at Uppsala University. We were keen to involve other relevant units at the University that might be able to contribute to the project; however, as the pandemic was demanding so much of their time, it was impossible for them to do so. That’s why we decided to bring communications agency Phosworks on board, and everything proceeded from there.”

Can others at the university use the film?

Lars: “Absolutely! We have designed it so that, rather than being in any way linked to our department, it only refers generally to courses at Uppsala University. Everyone is welcome to use it and disseminate it. The film can be uploaded to all courses in Studium, so teachers can refer students to it regardless of which course they are teaching.”

Watch and use the film

The film is available in both Swedish and English and is subtitled in each language: